Clallam has some emphasized characters, similar to ones in Lushootseed. Examples: : q̓w̓t̕p̓k̓c̓č̓b̓n̓
I can’t see how to produce those in Clallam - I always have to switch to Lushootseed to get them.

Good on y’ mate! I’m not an Aussie, but somehow felt compelled to say this, not in the least because Marc Durdin, the founder of Keyman is from Australia. I love the indigenous languages of the Pacific Northwest!!! Glad to see you working on Clallam.

I think you should be able to specify those character assignments…I’m guessing you didn’t author this keyboard. It should not be a difficult job to include them in the keyboard assignments.

I did some quick checking, and I don’t see the source kmn code in GitHub. I think it was authored by a person who passed away, so he is not available to consult. I think we can reconstruct the original source file. The only thing I see is a .kmp file, a pdf file, and a keyman web file.

I appreciate your feedback. We’ll see if we can reconstruct the keyboard to fit your needs.

It’s worth noting that there are two Clallam keyboards currently available on KeymanWeb:

I have not checked the FirstVoices keyboard for its character repertoire yet; @Ken_Keyes are you able to do that?

Thank you very much, Ken_Keyes!

The keyboard I use on KeymanWeb is KlallamU. There is a key on that keyboard that looks like it’s intended to put the accent over a letter - the one at the semicolon space. But I haven’t gotten it to work with consonants, but it works ok with vowels.

Lushootseed keyboard solves the problem by having the consonants with the stress over them, produced by shifting to the letter. Shift t gives you a t̕ over there.

Here are a few words from the Twitter Klallam Word of the Day:

I use the KlallamU keyboard because it works pretty well. The nexʷsƛáyəmúcən keyboard doesn’t appear to work at all, it only types in English.

I am also using a keyman insert on one of my web pages, with the same problems. Look for bit.ly/klallam .

@Louis_Wilson So if I understand correctly, you want to have the diacritics appear over both consonants and vowels. Right?
Can you point me in the direction of a reliable alphabet and phoneme chart, so I can make sure we include all the characters you want?
Thanks, Ken

Hi, is this article accurate in its representation of Klallam?

Becher Bay Klallam Jamestown Klallam Klallam, Clallam, Na'klallam or S'klallam (endonym: Nəxʷsƛ̓ay̓əmúcən), now extinct, was a Straits Salishan language that was traditionally spoken by the Klallam peoples at Becher Bay on Vancouver Island in British Columbia and across the Strait of Juan de Fuca on the north coast of the Olympic Peninsula in Washington. Klallam was closely related to North Straits Salish, in particular the Saanich dialect of Straits Salish, but the languages are not mutually ...

This is from Timothy Montler’s “Klallam Grammar”

The way the LushootseedU keyboard works is to shift-consonant for one with the stress mark. But I am delighted with how the LushootseedU semicolon key followed by a vowel produces a stressed vowel; if you could do that for the consonants too, it would be very easy for us to use.
I wouldn’t worry too much about the consonants with a raised w; that can be produced with the consonant followed by the r key. For instance, the word t̕úk̕ʷ caʔ that shows up in the Twitter Klallam WOTD shows the k̕ and the ʷ as two separate letters. If we started making them into one letter it would mess up our search algorithms.

I meant the KlallamU semicolon.

@Louis, Hi Thanks for the info!

The diacritical mark looks like U+0313 ◌̓ “COMBINING COMMA ABOVE”.

Additionally, it looks like there’s a superscript w (labialization?).

The diacritical mark looks like U+0313 ◌̓ “COMBINING COMMA ABOVE”.

Sounds right to me.

Well, in Montler’s book it looks like that. And here’s how the Lushootseed version of it looks in LushootseedU in KeymanWeb: (blown up for clarity)

I don’t see it looking any different in Klallam…

PS Are you related to the late Ken Keyes, of California? I was an aficionado of his writing.

KK: Additionally, it looks like there’s a superscript w (labialization?).

Well, Ken, the way I see it, the KeymanWeb LushootseedU keyboard shift-J key produces a k̓ʷ for example, but it is actually two letters. If you typed a followed k̓ by a ʷ the result would be identical.

Incidentally, I want to thank you very much for your help!

@louis I believe in the practice of applied linguistics as a form of social justice. I grew up in the Seattle area, in Kent, WA specifically.
I helped out briefly at the Lummi Indian Reservation for a couple weeks in the summer of 1996. We helped to clean up the VFW building in preparation for VJ day & canoe races. They told us about the history of oppression they suffered. Jim Wilson, Jewel James, and others told us all that happened. Cruel and unusual punishment

was meted out for speaking their language at boarding schools specifically set up to disrupt the transmission of language and culture!

When people tried later to speak the language the older people laughed at them. 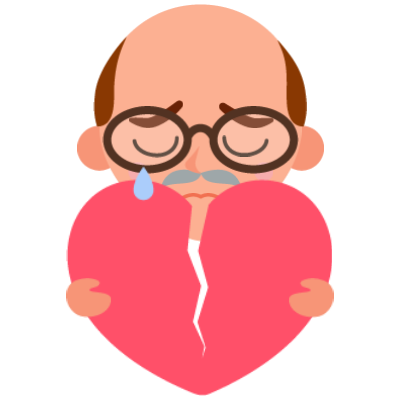 I did a little of my growing up in Redmond, but mostly California and Oregon.
My father was born in 1900. His father had a tavern / gambling hall in Olympia, but died when Dad was 10. He and his two brothers were taken away from his Klallam mom, and put into the Cushman school at Puyallup. When I was a child, Dad showed me the scars on his back from the horsewhipping he got as a child for speaking any Klallam. He only remembered a few words of it, notably xʷəɬč and spəc.

I was given my Klallam name syəhúm in 1962 by Mary Ann Lambert Vincent, author of The Seven Brothers of the House Of Ste-Tee-Thlum, the story and ancestry of the siʔam families of the stitíɬəm nəxʷsƛ̕ayəm village at Dungeness, now the Jamestown S’Klallam tribe.

I returned to college at the age of 71, at Evergreen, and graduated last year. While there, I discovered a book by Vi Hilbert, “siastənu, Gram Ruth Sehome Shelton”, which captured my attention because Sehome is the anglicized version of syəhúm. I discovered that she was the daughter of syəhúm, a great-great uncle of mine. Ruth Shelton had told her stories to Leon Metcalf in the 50s, and those recordings were transcribed into the book by Vi Hilbert and Jay Miller. This gave me the fascination with Lushootseed, along with the work I am doing with Klallam.

Ruth had a daughter Harriet Dover, who wrote “Tulalip From My Heart” - in which she had a chapter devoted to the Indian School at Tulalip. Horrible. AND - it meshed PERFECTLY with the stories my dad had told me.

Social Justice it is. I went to the Northwest Teaching for Social Justice conference two years ago, and while there, learned the art of Hip Hop poetry. Out of that, I was inspired to write a rap about my father’s experience at Cushman.

I am now taking a class with Tami Hohn, Lushootseed Grammar, at PLU in Tacoma, to augment my work on my project to have a quick lookup of Klallam words, now Klallam and Lushootseed. (see bit.ly/klallam).

On request I would share the rap with you, if you like; it has a few rude words in it but they describe the life of a child in Cushman. I have a friend from Evergreen that went to Chemawa, and she told me the conditions had been like that in earlier days there, too.

@Louis_Wilson Hi I was wondering what you would think if we designed a keyboard based on a rota:

That is, if you press the key more than once, you get the character plus a diacritic, thus:

that is, “ordinary”…sometimes I confuse languages, writing systems, etc. KK

Might have a little trouble if there are any doubled consonants. I have seen “cc” in a word somewhere before… I like the semicolon before the letter for the stressed consonant, thus “;” + “p” > “p” U+0313, p̓. The KlallamU keyboard already does that for the vowels.

Actually, on second look, I like your rota idea

@Louis_Wilson Okay, do you have any sample texts that I can examine to see which consonants might be doubled?

Here’s what I have worked out so far: