Created the app. Story book with audio files. But… When tap the play button, a pop-up with an error message and the app closes.

It would be good to see some screen shots of the Audio Source tab and Audio Files in the Audio section.

It will give us more to work with.
A screen shot of the error message may help too. 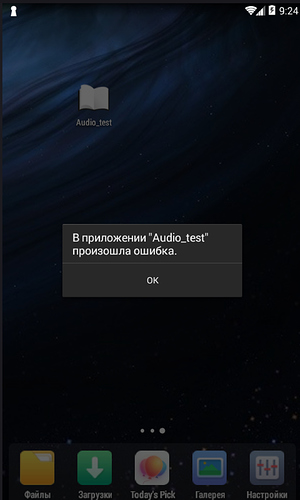 You could capture the last error message in English by changing the interface language.

Your setup looks okay. You have included the audio in the app. You have audio files associated with the chapters.

Did you move the audio files on the computer after you imported them into RAB?

As a test, can you remove all of your audio and then rename the first file with only non accented Latin characters (a-z), numbers (0-9) , underscore and hyphen but no spaces. Then bring in that audio and test to see if the same problem exists. If it plays that audio then import the second chapter with the original file name and see if that works.

All errors have disappeared after the update to 4.6.1. version