One of our users has presented a use case for having a mutli-language book with the languages next to each other in columns instead of stacked.
Currently, when you create a two column two-language book, this is what you see 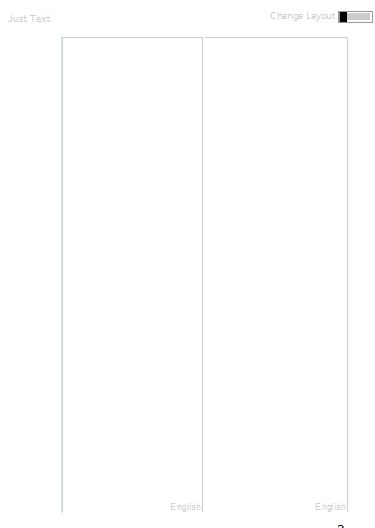 You could use the text box properties to specify which language to enter
(local, national, or regional). Click Change layout, gear icon in text box,
then languages tab). 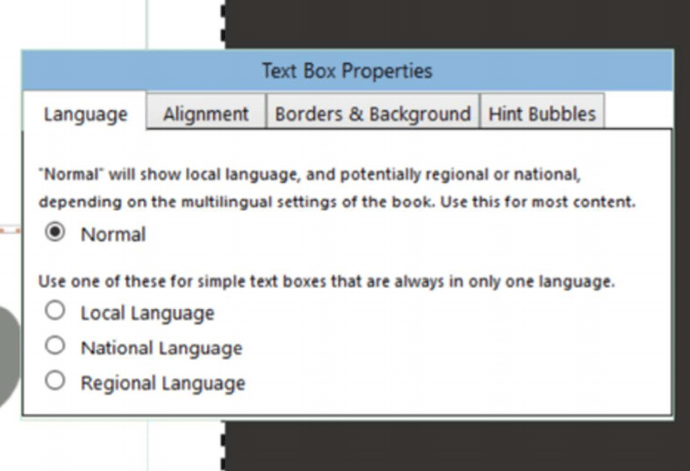 Brilliant!. Thanks Liz, that’s just what the user is after.

@Scott_Dysart What was the use case? If it was for some kind of special page, you can use the approach Liz pointed out and we can close this. If it’s some reason that a diglot would be easier to read side-by-side, then that approach isn’t great because Bloom will treat the two columns as completely unrelated. Let me know.

I forwarded your question onto the user and she said
“I’m making a prhase book with a small dictionary in the back”. She replied again saying
“Yes it is a diglot.
We want to line the two columns up side by side so that the word on the left is English and the word on the right is Lawa in IPA.
Its going to have IPA this round but probably will have vernacular in the future when we are more certain of our orthography.”
She wants to use Bloom to take advantage of the ability to output both to print and digital

Thanks Scott. In that case, yeah, one of the use cases for the “Text Box Properties:Languages” was for glossary-ish pages.