Today for the first time my browser gave me this warning when going to bloomlibrary.org 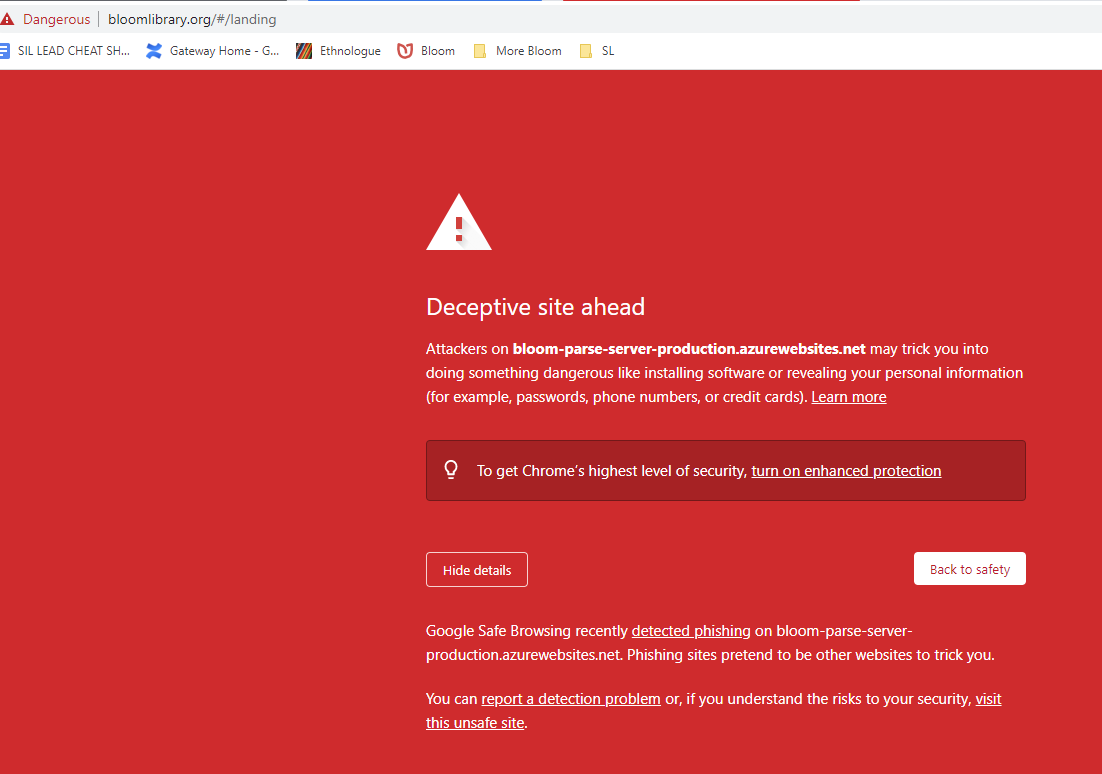 As far as we know, nothing has been compromised and this is an error on Google’s part.
But we are actively working to resolve it.
Thanks for reporting.

I had the same thing happen yesterday. The only difference was that I was going to alpha.bloomlibrary.org. I grabbed a quick screenshot and was going to post it, but then forgot as I was able to go to bloomibrary.org without a similar problem.

I am wondering if this is resolved?

As far as we can tell, Google was wrong. There never was anything risky about Bloom Library. Indeed, they don’t actually even claim that there is/was a problem, but rather that another thing on the same cloud server had a problem, something that only we developers can even reach.

But this is Google, and there are no humans involved in these decisions, so you can’t exactly pick up the phone and talk to them. At the moment we are dealing with the problem by playing a bit of hide-and-seek with their computers so that they don’t associate these things that they are suspicious of with bloomlibrary.org.