Hello everyone!
My name is Harris and I am a programmer from the United States of America. Currently I work for the Osage Nation, a tribal nation from Oklahoma to help with their language.
Recently the Osage Nation language department (where I work) decided that we should develop a new keyboard layout which I helped work on. Recent changes to the Osage script’s orthography (such as eliminating letter case and removing a couple letters) necessitated the creation of a new keyboard layout. They want the Keyman keyboard for the Osage language to be adjusted in accordance with the new layout

How should I go about this change? I am unfamiliar with how the bureaucracy / general development of Keyman works, but I have already coded new .kmn and .kvks files to adjust to this new layout which I hope can be adapted into the newest version of Keyman. Does anyone have advice about where to start?

Thanks very much and have a great day.

I see the Keyman catalog has two keyboards for Osage:

How should I go about this change?

The open-source for the Keyman keyboards is available at 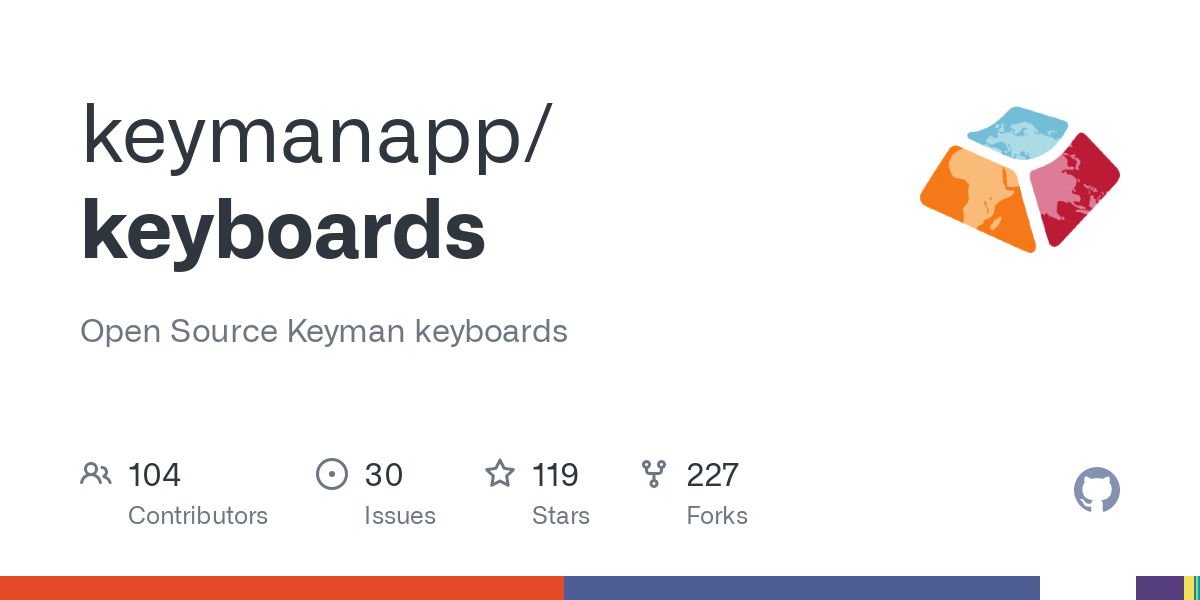 Assuming you’re modifying “osage_nation”, you’ll be looking at the files in

Thank you so much for your quick reply.

The keyboard I am looking to modify is the Osage Nation keyboard rather than the Osage Basic keyboard.

Would it be possible for me to send a pull request on individual files in the Osage_Nation keyboard rather than making a whole new keyboard? Or would it not be accepted? To clarify I already went to keyboards/release/o/osage_nation/source at master · keymanapp/keyboards · GitHub, downloaded it, and just modified a few files on my computer to reflect the new layout.

Hi Harris. I’m the one who helped Mark P get the Osage Nation keyboard into the repository. I’d be happy to help you if you run into problems.

If the Osage Nation doesn’t want anyone using the old orthography, then please go ahead and submit your update to the osage_nation keyboard.

Hi Lorna, thanks so much for your response. And thanks for helping Mark get this done.

To be honest there is no reason anyone would want to type in the “old” orthography (or any previous iterations of Osage orthographies which existed before this keyboard).

I will soon send a pull request to closely match the virtual keyboard we already made for this new layout: My Keyboard

Would it be okay if I sent the keyman-touch-layout file in a later update? I am having a little trouble understanding this file type.

Since there’s already a touch layout, it would be best to update the touch layout at the same time as the desktop keyboard.

The touch layout is mostly visual so I hope it’s not too difficult to understand. It looks to me like if you updated what is on the “o” key, it will automatically update the touch layout. However, if you want something different on the longpress keys, I used this syntax U_104DA which is U_ plus the Unicode codepoint. If you want to change that, you need to replace that codepoint with the changed codepoint.

I have responded to the message regarding the Chalchiteko keyboard via DM.