Is there a way to switch the Lexeme field with another field?

At the beginning of this WeSay project the Lexemes were entered using the orthography in use at the time. Later, a revised orthography was established, but as it was desired to retain the Lexeme forms in each orthography, a second Lexeme field was added, using the new orthography.

However, now it is desired that the Lexeme in the new orthography be established as the primary form. Is there a way, for each entry in the project, to switch these two forms of the Lexeme?

Sure. Just change the order of the input systems using the arrow here: 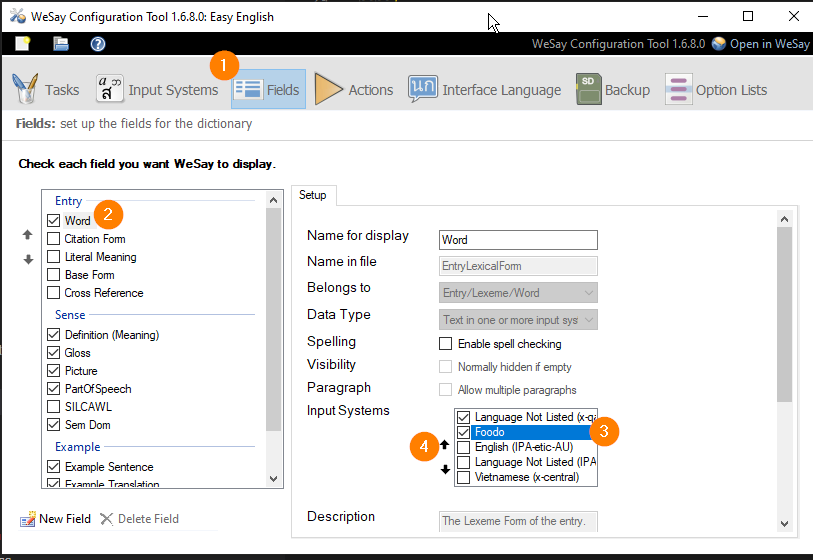 Thanks. That makes sense. However, the team had created a separate field for the lexeme form in the new orthography. It looks like they would need to copy the word from the new field into the Word field. Is there an easy way to do that in WeSay, or would they need to import the project into FLEx and use Bulk Copy?

Oh, that’s a shame. Right, FLEx would be a way to move things back over. If that proved impossible, you could find programmer to add feature to LIFT Tools to do it.