I am having an issue with Bloom Reader not displaying the Annapurna SIL font that I’ve used in my book. When I was sending the app to my phone, it said ‘Embedding Appapurna SIL font into app at cost of .4 megs’ so it should be there.

So, a page that looks like this in Bloom: 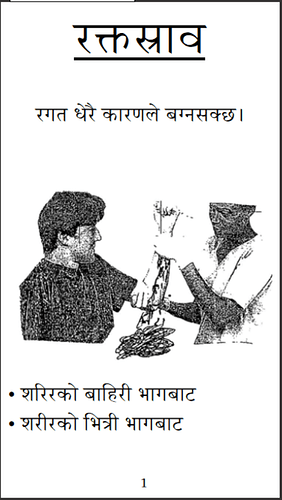 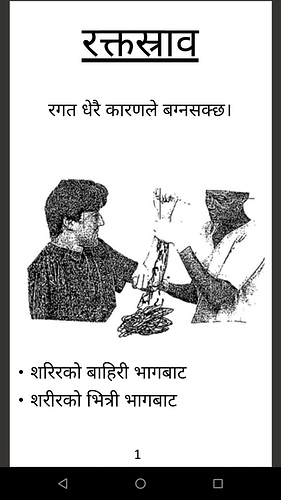 I’m not sure which font is actually displaying, but it’s clearly not Annapurna. Honestly, it’s not the end of the world (I mean, Annapurna looks much better), but (1) it is only doing this on certain pages and (2) sometimes it messes with the formatting, as in this one, where you actually have to scroll over to the right to see the rest of the subtitle: 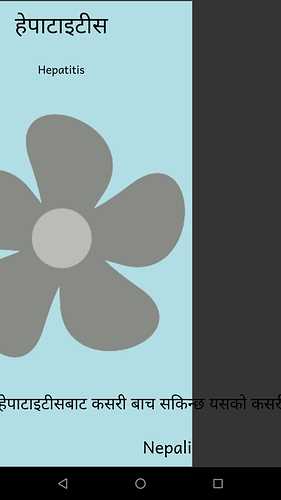 Does anyone have any ideas on a possible cause of this?

You could try the most recent version of Annapurna (1.204). It fixed some problems with embedding in other apps.

Thanks, @VictorG! After installing the font, I then had to go in to each style, choose a different font, and then rechoose Annapurna before it worked, but now all of it is coming as Annapurna.

The problem with the subtitle was not fixed, though: 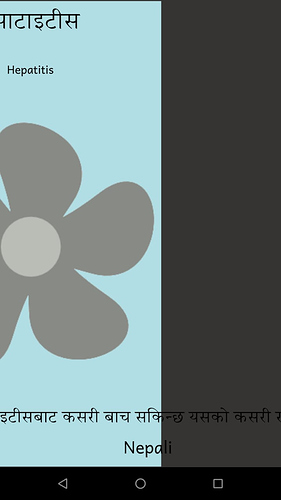 This seems to be a separate issue, where the text will not wrap. Again, this looks fine in Bloom itself: 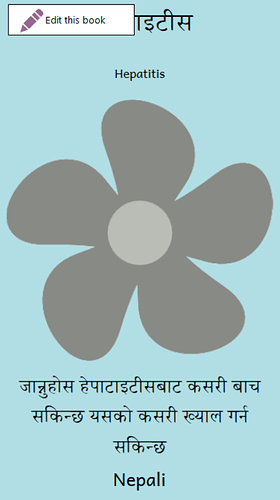 Is there a simple fix for this?

Hi Matt,
I’m sorry about this bug you’ve found in Bloom Reader in which long text at the bottom of the title page is not wrapping when shown on Bloom Reader. Go ahead and enter this problem in our bug tracking system by sending us this book by using Help:Report a Problem, we’ll take it from there.

Done. Thanks for your help.

Matt thanks for sending in the report. This has now been fixed in the latest Bloom 4.4.

Sorry for the late reply, but I’ve now updated and tested it, and it’s working for me. Just for the record. 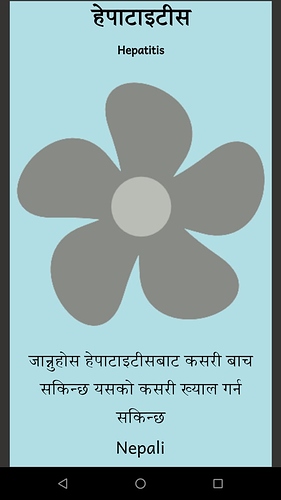 Thanks for all of your hard work!

In our testing, we’re having the same embedding problem with the Nepal-specific version of Annapuran SIL. @Matt_A and @VictorG, is that to be expected?

Wish I could say. I haven’t been using the Nepal-specific one because I’m not in Nepal. I wouldn’t be surprised, though. Especially if whatever changes they made in ‘Annapurna SIL 1.204’ haven’t yet been implemented in the Nepal-specific version.

The changes made in Annapurna SIL 1.204 are also in the Nepal specific version. The difference is a few glyphs are remapped so the Nepali style characters appear as default (instead of the need to select them through a UI feature).

I tested the BL-7090 issue and it had no trouble (nor any warnings) using the Annapurna SIL Nepal 1.204 font. The only font problem I saw was on the front and inside covers to display the language name - it was not Annapurna. The text block was set for Andika New Basic so it used the Windows fallback font to display the text (I think it was “Nirmala UI”) for Devanagari. 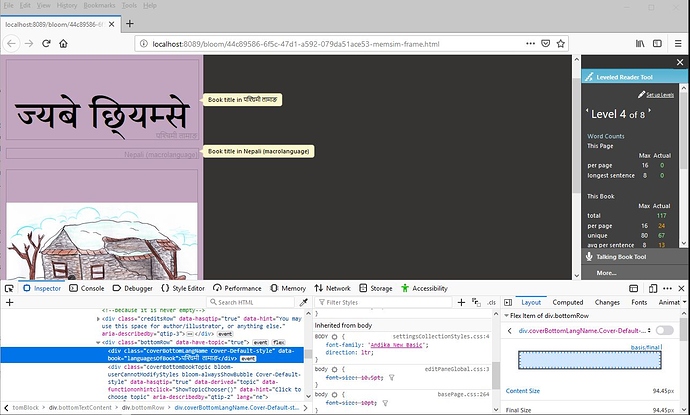 I then modified the BODY block in “settingsCollectionStyles.css” from

and that’s when I ran into trouble. I could make a proper PDF but the EPUB and Android using WiFi gave an error. I’m going to post this, reboot the computer and see if I can replicate the error and send in a report.

A few more details…
If I open Bloom and modify the css I can now get the Annapurna SIL Nepal to work in the Language Name footers without any errors when I publish the EPub and Android WiFi. Go figure… However, it reverts to Andika New Basic font when I close and re-open Bloom and uses the Windows fallback font in the language name footer.

To recap, almost all the text on the covers and story renders with Annapurna SIL Nepal without any problem. It’s only the language name footers on the front and inside cover that wants to use Andika New Basic unless I modify the “settingsCollectionStyles.css” to use Annapurna SIL Nepal. Then all the text is the correct font until I restart Bloom and the css reverts to Andika. I hope this all make sense.

Ah. I tried the same same thing (ie, editing the css file) when this was first happening, and I noticed that it reverted back to Andika automatically, as well. I didn’t connect it with a restart at the time, but then again, that’s all way over my head, and I had no idea what I was doing.

Yeah, there’s no reason to go messing with css to change a font, just use the UI. The file you changed, settingsCollectionStyles.css, is exactly as the name implies. It’s the styles that come from the Collection Settings UI. So yes, if you mess with it, it will get overwritten. Instead, if there is really no UI for a custom styles (like page number size), edit the customCollectionStyles.css.

Back to the core issue, @joncoblentz , I read you to say that you were able to export the Nepal version to Bloom Reader and it embedded it into the book without problem. I’ll forward that to our tester that reported this problem. Thanks for trying this out.