New to this - have a dictionary project now working, but can’t upload updated versions to Apple Connect (using Transporter), because DAB assigns every subsequent build the same build (and version) number (1). I must be missing something, but how to I get the build number to increase after I make changes? Pointers much appreciated. Thanks.

Are you updating the version number in the app? Go to the App tool (the first one in the list under the name of the project), and go to the APK tab:

For every build that you release (at least in some public way), you should bump up at least one of the 3 numbers under Version Name. (Those numbers are intended to be major version, minor version, and build number.) And you should increment by one the number in Version Code, as indicated in the help text there.

Hope that resolves the problem…

Thanks, yes - I’ve tried this, but no effect. I’m building (for now) only the iOS app, not Android. If I understand right, the APK tab only affects the android app package file and doesn’t change the build and version numbers in the iOS .ipa file. [The append version number to file name is not changing the .ipa file name for example.] Or is there a way to make that carry over? 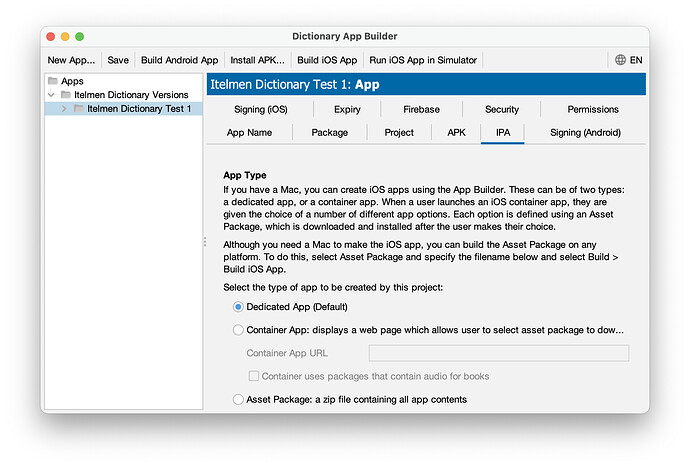