I am trying to create a dictionary app for my target local language, plus 3 analysis languages (English, French, and Jula). All 4 are in my FLEx, and when I export it as a LIFT file, all 4 also appear in DAB. But when I create the app, though there are the 4 tabs across the top and so you can search by any of the four languages, when you click on an entry only the target language with French and Jula glosses show up. There is no English gloss in the dictionary entry.

That was when I made the app through a filtered LIFT file, in which I had filtered out words that had glosses but no target lexeme. I decided to try to create a Full LIFT file, and this time when I made the app, the glosses appeared in Jula and English, but not French, though all of the languages had tabs across the top.

Does anyone know how I can get all three analysis language glosses to appear in the dictionary entry? Thanks!

If you include screenshots and annotate them it is often easier to see the issue. I am not sure exactly what you are asking.

I’ll outline some basics, though I think that is not your issue.

When you use an index it gives a list of the words for that language along with the head word language. If you look at the list, on the second line, some have just one word and some have a comma separated list. If you touch the one with just one head word, you go straight to the full entry containing that word. When you touch the one with a list, you get a secondary list of all the entries containing that word. You then need to touch the entry you want to view the full record for that word.

The Index list containing two languages described above you can’t control what you see in them.

When you are on the head word index it shows the head word and the first language in that appears after it. In this example Banjar (head word) and Indonesian.

You can click to select then click and drag whatever language you want to show up with the head word to the second position.

If I have not answered your question, can you paste in two entries from each of your Lift files? The filtered and the unfiltered? A screen shot or two of the equivalent index and main entries would help.

If you want to contact me by private message and and give me a copy of your whole project that may be less work for you.

Sorry I didn’t make myself very clear. My problem is within the apps themselves, not in the app builder. You’ll see screenshots below (sorry, I had to blank out the language name for security reasons). The blue “My Dictionary 2019” are the ones that I originally created with a Filtered LIFT file. You’ll see that there are three analysis languages, English, Jula, and French. It’s the English that appears on the main screen, which makes sense since it’s the first language in the list (I was excited the day I figured out how to make that work). But, as you can see in the other two screen shots of “My Dictionary 2019,” when you click on a word, whether it’s from the “My Language” tab or from the “English” tab, the English gloss doesn’t appear below the word. See, for example, the blue “My Dictionary 2019” “add” screen shot, where it says “add” as what was clicked on, but there is no “add” gloss in the main entry.
The burgundy “Dictionary all” app was the one created from the Full LIFT file. This time I tried changing the analysis language order, and now you can see that the analysis order is French, Jula, English. But, as can be seen in the other two screenshots of it, whether I looked up a word from My Language (ex. áɡè) or French (ex. Abeille), the Jula and English glosses are given, but not the French. (The same is true no matter which language I look up, but I figured that these screenshots would be representative).
The orange-ish “Dictionary” app is the one that was created using the XHTML files from FLEx. This one, as you can see, gives glosses in all three languages, though they aren’t as pretty as the colorful apps using the LIFT files. The font sizes are also all weird, but that’s what my FLEx is like as well, and I haven’t worried too much about that yet. I imagine that the font size problem could be addressed through FLEx.
I could use the XHML-created dictionary in order to see all three language glosses, but there’s probably some way to get it to work using the LIFT files. I would prefer to use Filtered LIFT files instead of the Full ones if possible, since I have words from a 1700 word list that only have glosses and don’t have the words in My Language. It would be more helpful if those didn’t appear in the dictionary app.
If it would be easier I can send you a copy of my LIFT files or FLEx data or something, though I don’t know how to send private messages on here.
I hope that this makes the problem clearer.
Thanks so much!
Susie 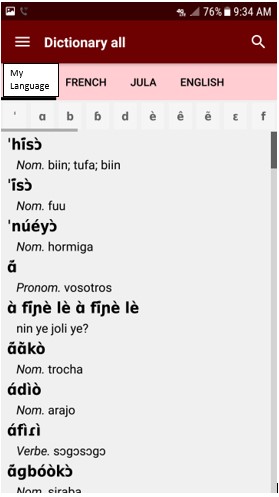 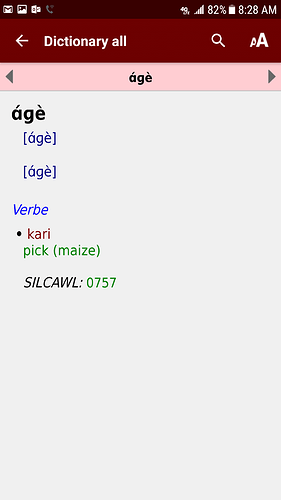 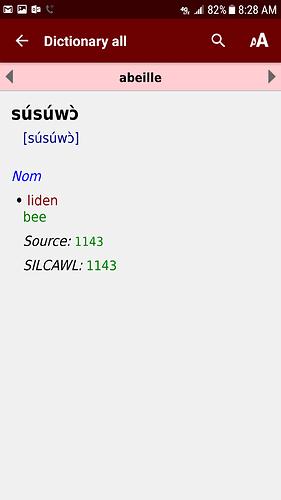 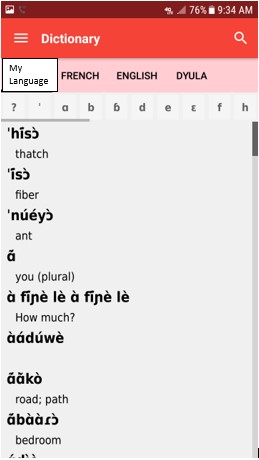 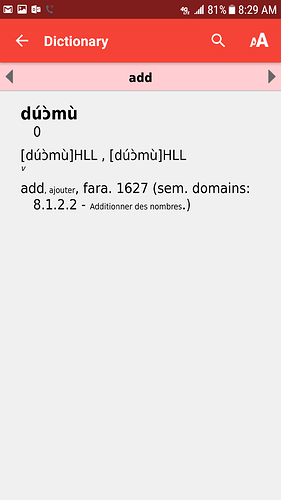 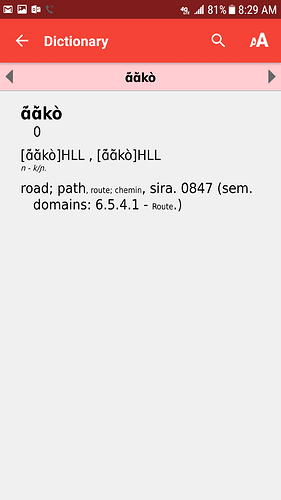 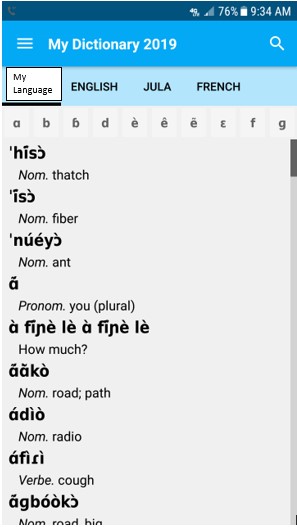 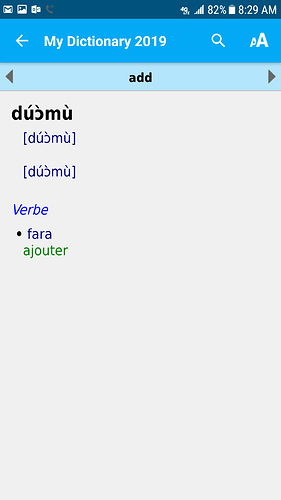 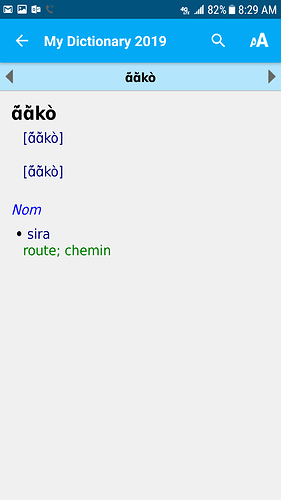 Yes this is odd that only 2 show up. I do need to see you project and your LIFT files. I am need to see how your Languages are set up in the project. But I also want to see the two LIFT files, to see if either is deficient. I’ll arrange that via Personal Message.

The XHTML version is more powerful in what you can get out of your data. But it takes a lot of work in Flex (that is not needed for LIFT).