Posting for a colleague:

I have been bothered by the display certain entries missing the gloss like in this screenshot. 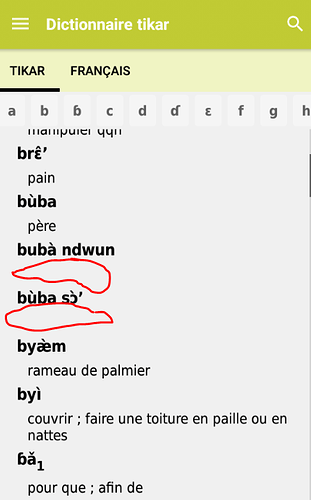 It looks like for complex forms DAB doesn’t display the definition/gloss. I have seen this again and again and would like to see it improved, ideally by the programmers, but until then by being able to tweak the DAB setup for specific apps.

Obviously for entries like, for example, variant forms that don’t have a definition/gloss I wouldn’t expect it.

Here is an example entry that I have added as a complex form and given a gloss. By default, FLEx doesn’t display the sense in the dictionary, but I’ve configured the dictionary to do so. The browse view (generated internally) in the app doesn’t see the “summary gloss” in the glossing language, but the “entry” view (from the XHTML) does. 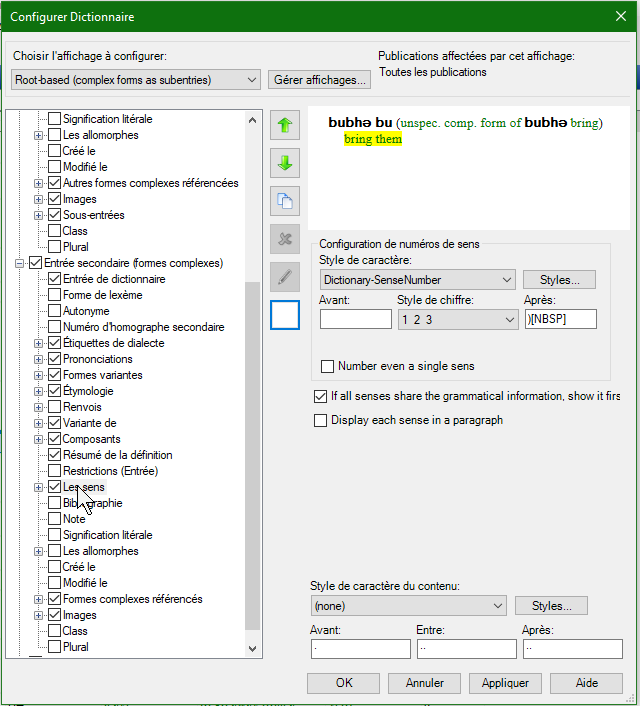 I found and fixed a bug which I think should resolve this problem. It should be available in the next release of DAB, version 10, which I think will be released in the next few weeks. Please test for this bug in the new version when it comes out.

I would like to see this also for variants. I would like the index to contain the one line of info for plurals:
pl. de xxxxx with the link, rather than having a blank line, clicking the variant to see the entry then clicking the link to the singular form. 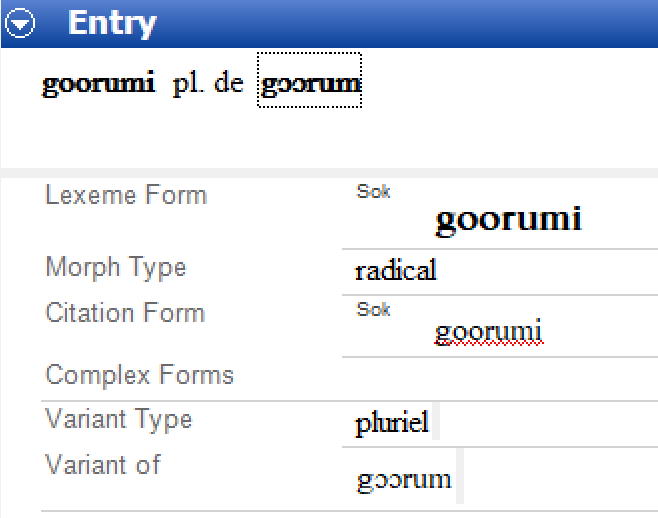