I created a WeSay test project that is supposed to have Burmese UI (which I selected in the WeSay Configuration Tool) but actually the Malaysian UI is displayed. I suppose this is a mix up in language codes somewhere where “my” that is actually for Myanmar (ISO 693) is interpreted as Malay (ISO-3166). Or something like that. Or some other switch. No matter how, I’m getting displayed the wrong UI. Is there any way to fix this?

Well, that’s an unfortunate bug. It appears that something got mixed up during shipping of the last UI localization files. Here’s how I fixed it on my machine. Unfortunately WeSay is not developed right now and so it’s unlikely that someone will ship a new installer to fix this in a timely manner. That said, I was able to make some changes on my local machine to get it to work. Here’s a recipe to get it working: 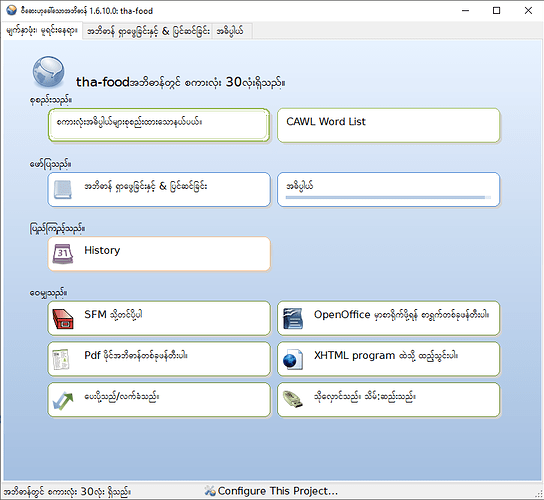 Note, this change makes it so that you cannot access the Malay UI localization. I assume this isn’t an issue for your project